Vibro Compaction (VC) is a method for improving non-cohesive soils by rearranging the grain distribution pattern through the application of cyclic vibrations to compact the soil. The result is obtaining finer density of the soil’s grains and reduction of the pore volume. The basic equipment are heavy vibrating pokers called vibroflots. Most frequently the vibroflots used are cylindrical in shape with a diameter ranging from 30 to 50 cm, with bottom mounted power unit capable of generating lateral vibrations with an amplitude ranging from 5 to 20 mm. Often, the bottom part of the vibroflot is equipped with jets where water or air can be pumped in order to enhance the soil compaction. The vibroflot with a leading pipe penetrates the ground under its own weight, or – in the case of vibroflot mounted on self–supporting construction – with additional load and vibrations. The compaction occurs as the vibroflot is surged up and down. In the loose soil a compacted column is created, which has a diameter ranging from 1.5 to 2.5 m depending on the grid of compaction points and the type of soil. When compacting loose soil the surface area subsides. Size of the subsidy depends on the thickness of the compacted layer and the degree of relaxation of strengthened soil. In every case, it is necessary to execute additional densification of the surface layer from 0.5 to 1 m, loosened due to the vibroflotation technology. For this purpose conventional equipment is used, for example heavy cylindrical compactors. 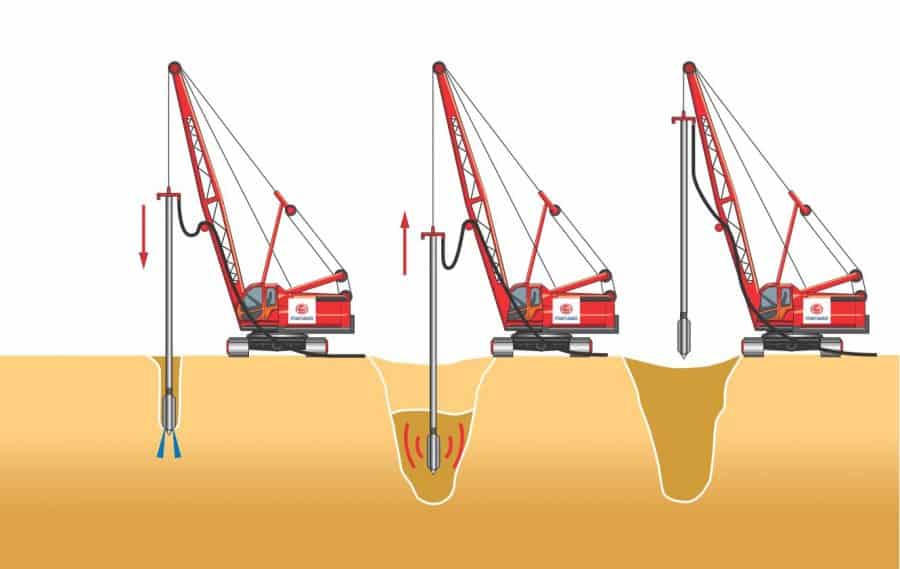 Vibroflotation VF gives good results in non-cohesive soils, sands, gravels and loose all in one aggregates. With a good result it is used also in non-cohesive mining waste, etc., containing not more than 5% fines: silt and clay. Soils containing more than 10% silt and clay fractions are not suitable for this compacting method. Vibroflotation VF is often used to dense thick embankment surfaces, molded by silting in, in areas flooded by water – by infilling. 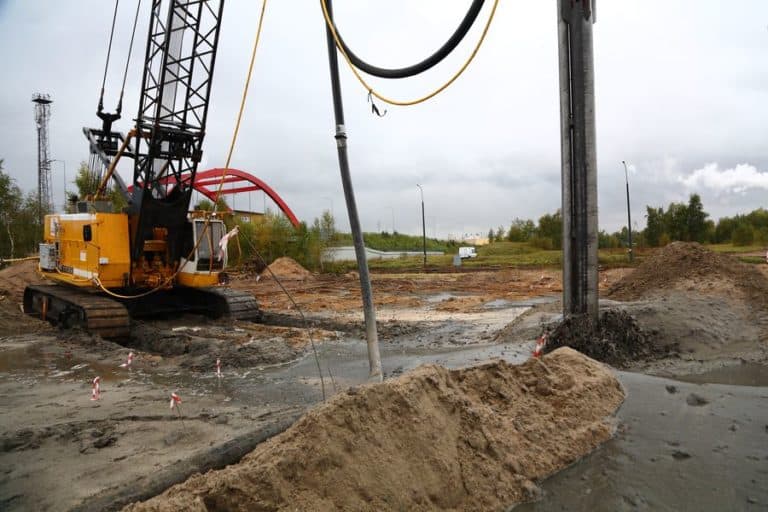 Vibroflotation VF can be used at foundation of all kinds of objects – from parking lots, airport runways, road embankments, enclosed buildings, or constructions on the land taken by the sea (ports, hydro-technical facilities). This method is particularly well suited for the foundations of objects with evenly distributed pressures points on the substrate. Application of VF in non-cohesive soils significantly reduces land subsidence after the load is applied, reduces the coefficient of soil filtration and leads to uniformity of foundation conditions (minimizes differential settlement). Points of compaction – the introduction vibroflot the ground – are arranged in a triangular or square grid with a side of 1.5 to 5.0m. Compaction depth varies from 3,0m to 30,0m, but can also be carried out to 40m. Obtained is the degree of compaction, ID = 0.5 to 0.8. Vibroflotation is often used as an auxiliary treatment in situations where it is impossible to avoid the intermediate foundation. In such cases executing the compaction of the soil with vibration helps to achieve an appropriate level of density, which helps with pile works and allows direct foundation of of the facilities floors.