The Rapid Impact Compaction for the soil improvement uses a hydraulic hammer mounted on an excavator. The hammer with a weight ranging from 5 up to 12 tons is dropped freely from a height of 1.2 m on a large circular foot.
Impacts repeated at a rate ranging from 40 up to 60 blows per minute plunge the steel foot creating a crater. The control system installed in the operator’s cab allows for controlling the compaction process and recording the parameters such as impact energy or foot penetration. It can also be used to change the height from which the hammer is dropped.
The compaction in the RIC technology is usually preceded by creating a test plot where the compaction is performed for various spacing and rates of blows. Then, the local compaction of the improved soil is tested and the optimal grid spacing and the number of blows per one point is determined. Depending on the soils, the number of blows varies between 10 and 40 per one point. 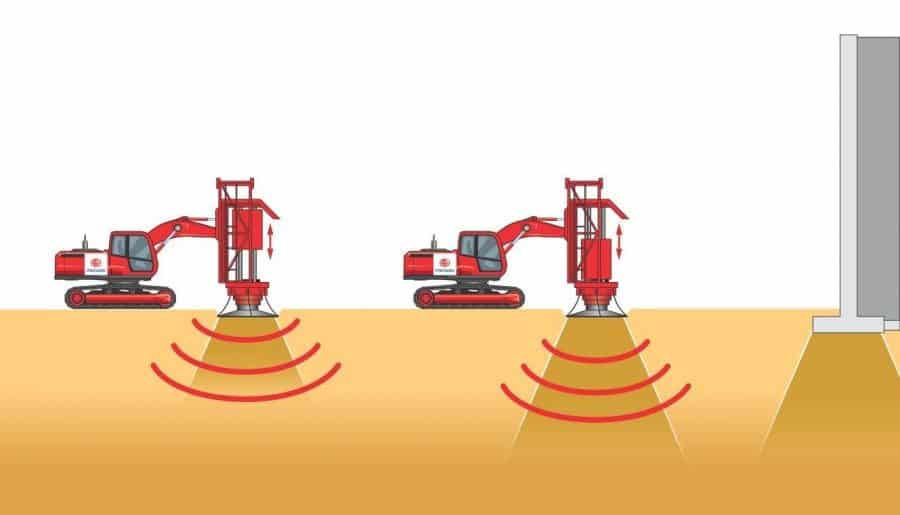 The Rapid Impact Compaction technology works very well for all kinds of non-cohesive soils, especially for the compaction of gravels and sands. It can also be used on reclaimed areas where anthropogenic soils and uncompacted fills occur. Most often, the RIC technology is used for the construction of enclosed buildings: under the foundation slabs/floors of industrial and commercial halls and under heavy surfaces of warehouses, tanks; for the construction of infrastructure: all types of roads and highways, under the road and rail embankments and often as the improvement of the base for parking lots and airport runways. A great advantage of the RIC method is its mobility and relatively small size of the equipment unit which allows for carrying out the works in areas with difficult access.

Depending on the soil type, water conditions and parameters of the hammer the soil compaction range reaches a depth between 4.0 and 5.0 m. A safe working distance from the existing buildings, for which vibration monitoring is not necessary, amounts to approximately 5.0 up to 6.0 m. Than, the generated noise is within 90 dBA. 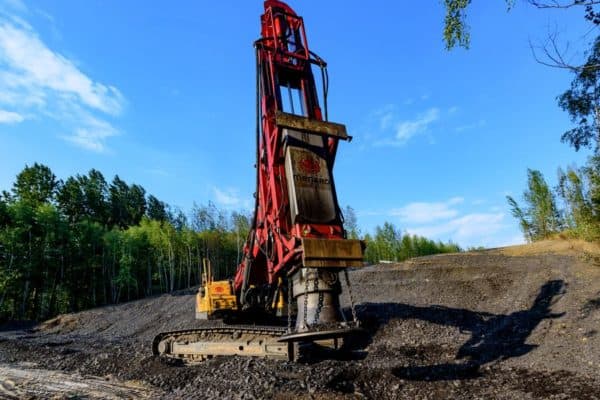