MCC Columns are carried out in several following stages: 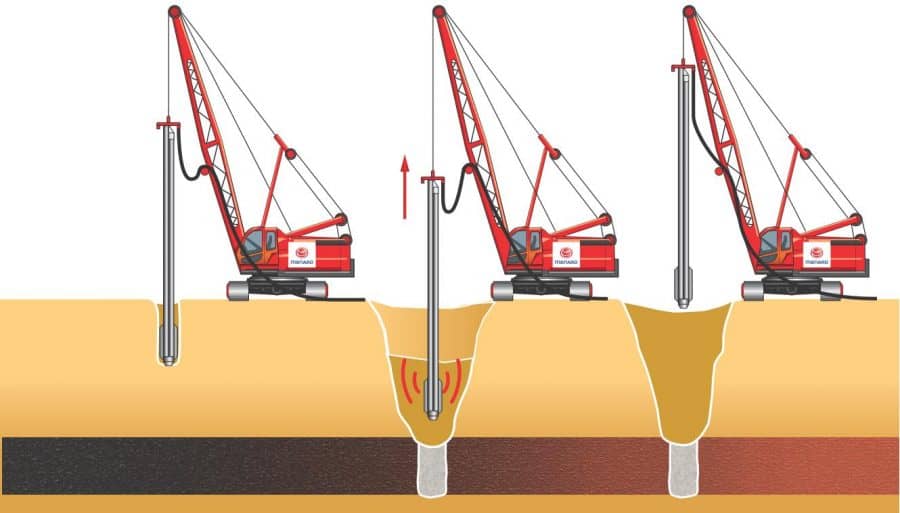 The application of MCC usually depends on the same geological profile, therefore it is recommended to perform in-depth assessment of geological profile before the decision to apply MCC method is made. This technology can be successfully applied to organic soils (aggregate mud, peats), but also to soft-cohesive soils (loams, dusts) as well as to non-cohesive soils (sands). They are often used as reinforcement for road embankments and other infrastructure facilities, and also have applications under the foundations of different structures (buildings and halls).

Depending on the soil parameters (particularly, lateral resistance of soft soils) and the pressure of concrete mix, concrete columns reach diameters ranging from 0.4-1.2 m, whereas, in non-bearing soil layer they are larger in diameter in proportion to columns in load-bearing soils. MCC columns are arranged on a square or triangular grid, reaching a depth uo to 30 m.