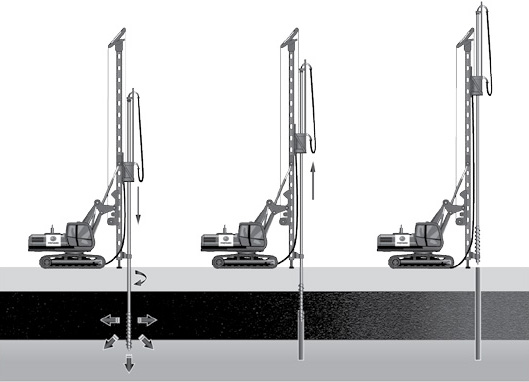 In early 90’s Menard patented the Controlled Modulus Columns technology. Quick time of installation, no spoil and insignificant settlements are just some of the advantages distinguishing the CMC method over other column construction technologies. Additionally, due to the considerable bearing capacity, the CMC technology quickly became a cost effective alternative to piles. Today Menard, apart from offering one of the best technologies, has world class experience in CMC implementations, allowing it’s optimal and safe usage.

Bi – Modulus Columns BMC technology complements CMC (Controlled Modulus Columns) technology, and gravel columns SC (Stone Columns), combining the advantages of both these technologies. The first projects using this method took place in the nineties in France and in the USA, and since then it has been more often used around the world.

Foundation of warehouses, small residential buildings, parking structures and different kinds of flooring force us to look for new soil improvement technologies, which not only provide design conditions, but also allow for fast and economical implementation of small structures. Menard Susceptible Columns improve soil, which results that are and more often they become a powerful addition to concrete, gravel, cement or lime column technology. 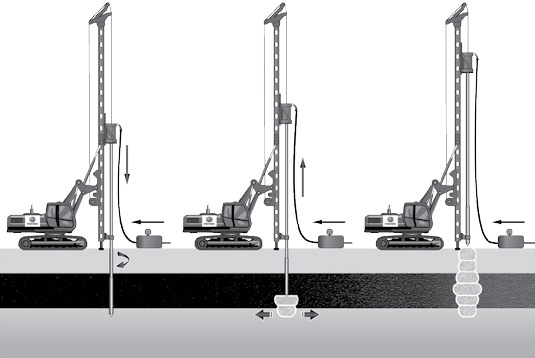 Compaction grouting is a technique that employs injection of grout-soil mix into soil under pressure. Columns formed using this method allow differentiation in diameter lengthwise, depending on the parameters of a ground medium, which makes the technology powerful and efficient, particularly in stratified soils. 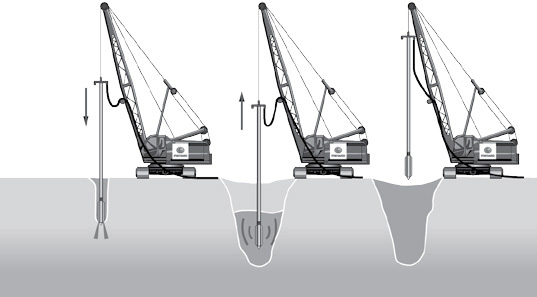 First attempts of using the Vibroflotation (VF) technology, also known as a vibrocompaction method, took place in the year 1934. Since then, the method of the loose soil compaction has been repeatedly improved and is in use till the present day. Today it is used in projects around the world and is one of the leading methods of strengthening non–cohesive soils. 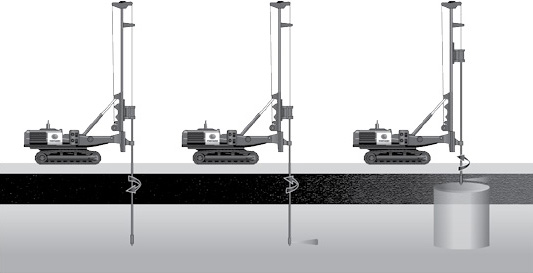 Jet grouting method – is used to improve soil strength parameters and at the same time to create an impervious layer. This method involves a combination of the following three consecutive processes: 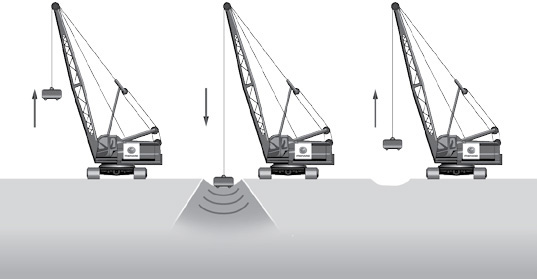 The Dynamic Compaction technology, also known as dynamic consolidation, is a technology invented and developed by Menard. Since the late 60’s, this technique was applied to thousands of sites around the world in very different soil conditions and for very different types of structures: rods, airports, heavy storage, and many other constructions. The technique, after patenting by Louis Menard, was widely examined and optimized, and as a result the application is safe and cost efficient nowadays. 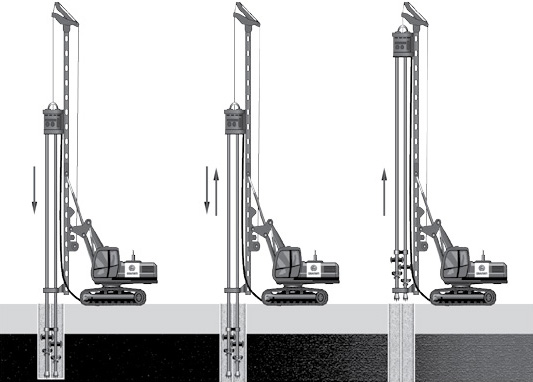 The method of the Deep Soil Mixing column was invented in Japan in 1970s and since then it has been gaining the increasing popularity all over the world as a ground improvement method to stabilise soils with low bearing capacity.
A number of studies and tests carried out and implementations related to the use of this technology has led to its widespread distribution also in Poland. There is a constant work on improving the process of mixing the soil, the selection of a binding medium, or increasing the diameter of the column. 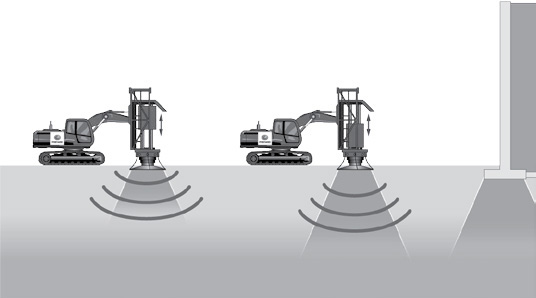 The technology of the Rapid Impact Compaction (RIC) implemented in the 1990s is complementary to other methods of the dynamic soil compaction which in a limited way impacts the structures in the vicinity of the work site. 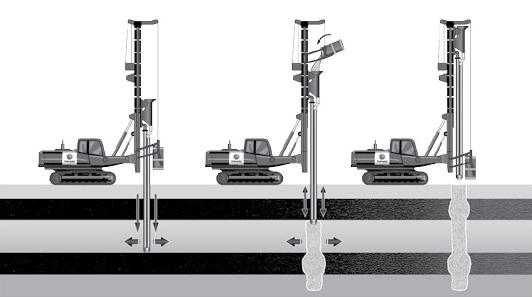 The Gravel/Stone Columns SC technology is one of the most known technologies for strenghthening the soil. Stone Columns are made with various methods with the use of different equipment units depending on: the depth and diameter of the columns and parameters of the soil to be improved. 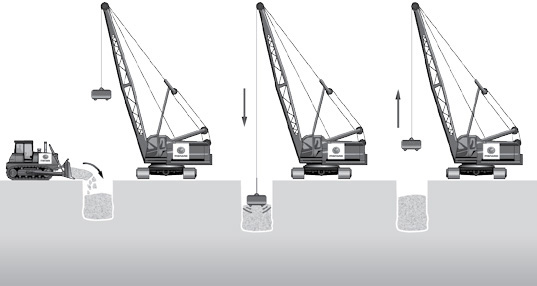 Geologic profile in the area of oxbow lakes and the coastal area is often shaped so that under the layer of non-cohesive soils (sands) there are weak and non-bearing soils. MCC column technology was designed for such places. This technical method of improvement significantly improves strength and deformation parameters of the ground, combining the advantages of concrete columns, when the core of the column is made at the depth of non-bearing soils and compaction using vibroflotation method, when the column is carried out in a layer of load bearing soil. 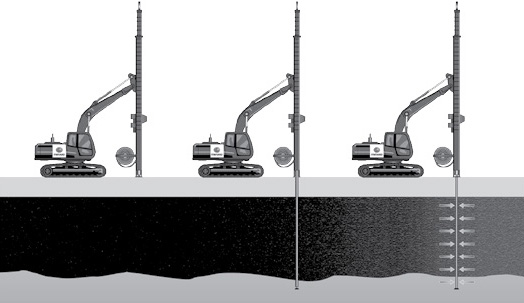 Vertical Drain technology is closely related to the consolidation phenomenon. Often applied with the preload fill is one of the most reliable and certainly the most economical ground improvement method. 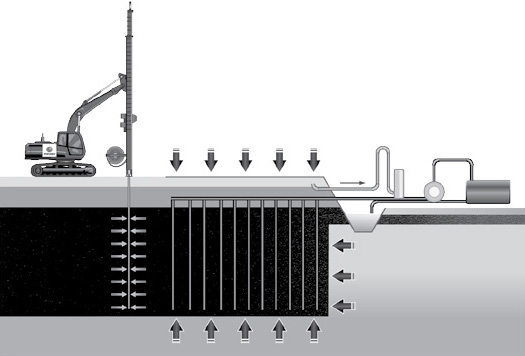 Menard Vacuum Consolidation designed and developed by Menard in the late 1980s enabled effective use of vacuum pumps to accelerate weak soil compression. This technology is an alternative solution used for improvement of weak subsoil compared to the conventional consolidation by the embankment along with overload and vertical drains. 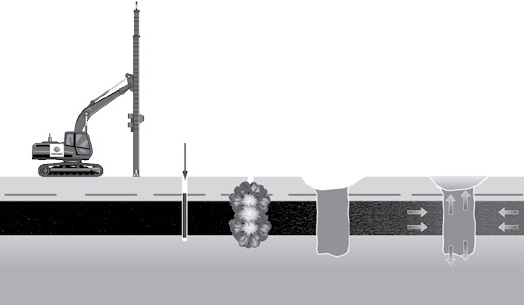 Microblasting technology MMB is closely associated with consolidation. Carried out over large areas, is characterized with significant cost reduction compared to other methods of soil improvement.